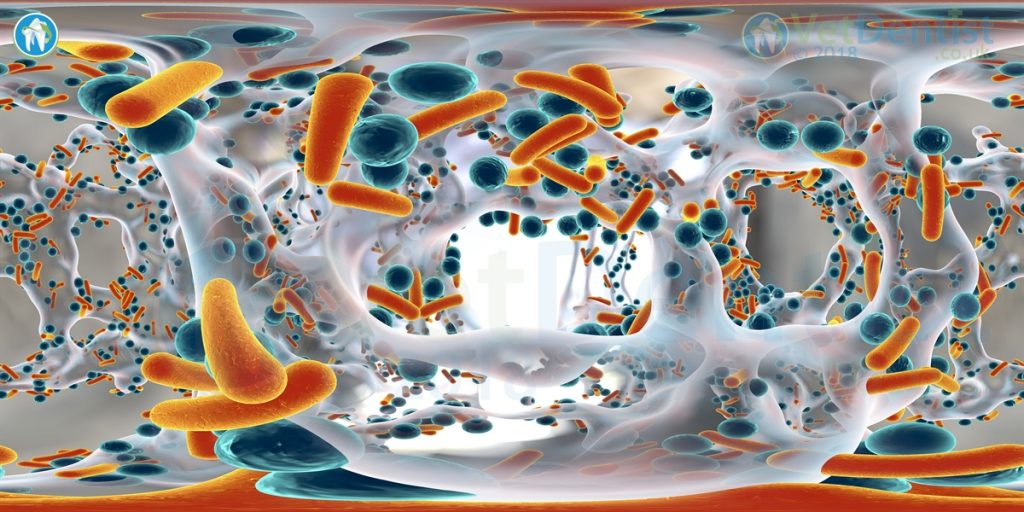 The EPS is secreted by the contained microbes and helps to attach the community to any surface. The EPS also provides protection for the community – isolating the microbes from the effects of disinfectants. This isolation is achieved physically as a diffusion barrier, or chemically by acid/base buffering.

In addition the EPS provides communication channels between individual bacteria, between different bacteria species and between different whole colonies, including exchanges of plasmids. This communication, known as Quorum Sensing, allows for the microbes to change gene expression, even changes in phenotype. One particular effect is “Swarming”. Here the communication results in an organised spread of the biofilm across a surface. 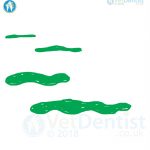 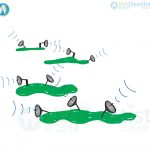 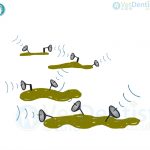 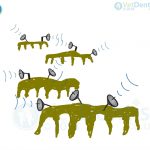 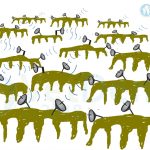 As well as Swarming – shown above, Biofilms go through a cycle of development where free living Planktonic bacteria are shed to colonize new environments.

In addition to this the biofilm can spread by shedding colonies of bacteria, or even portions of the biofilm itself. All of these mechanisms can result in the biofilm migrating across surfaces rapidly. Should the biofilm be mechanically disrupted, it will rapidly reform. 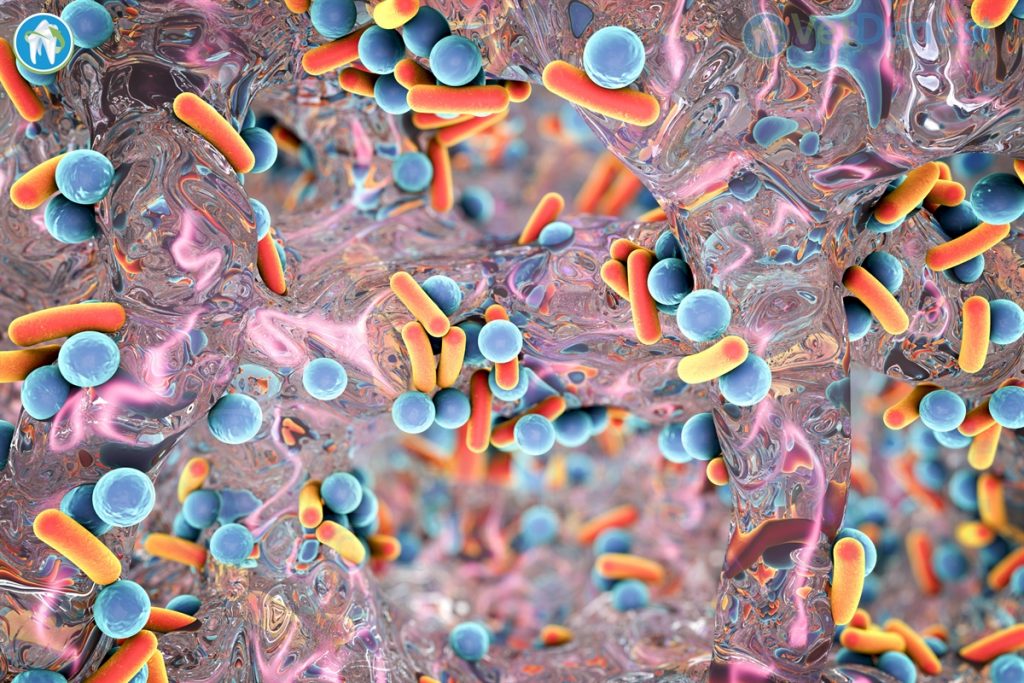 All of the above mechanisms make biofilms really difficult to prevent and even harder to get rid of once established.

A pH shock can be effective at shifting biofilms. Exposing the biofilm to a very alkali environment, followed by acid, followed by alkali can help dislodge the attachments. VetDentist PLUS Biofilm Removal Kit takes this one stage further by adding an enzymatic action as well.

Some systems then rely on regular repeated weekly Blitzing of the DUWL to knock back the biofilms, knowing that colonies will re-establish over the intervening week. The VetDentist Maintenance solution is different by using a low level of agent permanently in the DUWL. VetDentist used this system for over a decade without a test failure. When, as a trial, simply distilled water was used the system failed within two months!